The “Duck Pond” works best on a North Westerly (NW) wind - as the wind ‘cleans up’ as it funnels down Exe Estuary from Exeter.

It’s best 2 hours either side of High Tide, but can be ridden at most states of the tide if you’re willing to walk.

The Duck Pond has a Wildlife Refuge area active from 15th September to the end of December and it’s vital we keep out of this area.

Kitesurfers must give way to all larger and less manoeuverable craft in and around the river and Navigation Channels and maintain an adequate clearence.

The Duck Pond is the local name for part of the Exe Estuary nearest Exmouth.

The rigging / launch site is at the Imperial Recreation Ground, The Royale Ave, Exmouth, EX8 1DG. 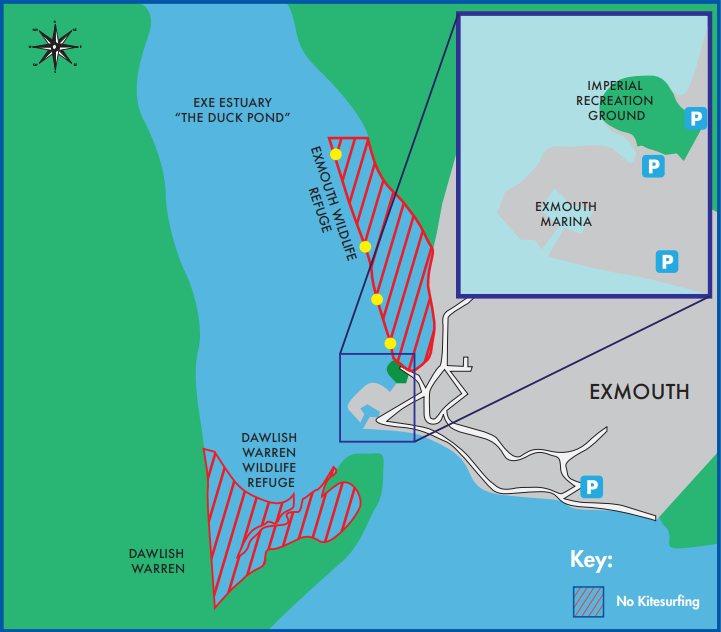 Check the weather page for resources.

Kings Lake is a position north west of a sandbank that is ideal for those learning and if you want to sail the duck pond at lower states of tide.

If learning get there early (3 to 4 hours before high tide on a rising tide).

It’s ideal for learning as

Pump up your kite but don’t attach the lines. Carry everything over to the big sandbank and then finish rigging and launch.

If you’re more confident you can stay as the tide fills in and then kite-surf back to the rec ground area (landing on the sand 50m away from the slipway) - otherwise land and pack up whilst you’ve still got room on the sandbar and walk/wade back.

Stay in the centre area of the Estuary - don’t venture too far left or right.

Consider lessons with a local instructor who can show you the area in detail - lessons are an investment that will pay dividends in time, speed of progression and safety. 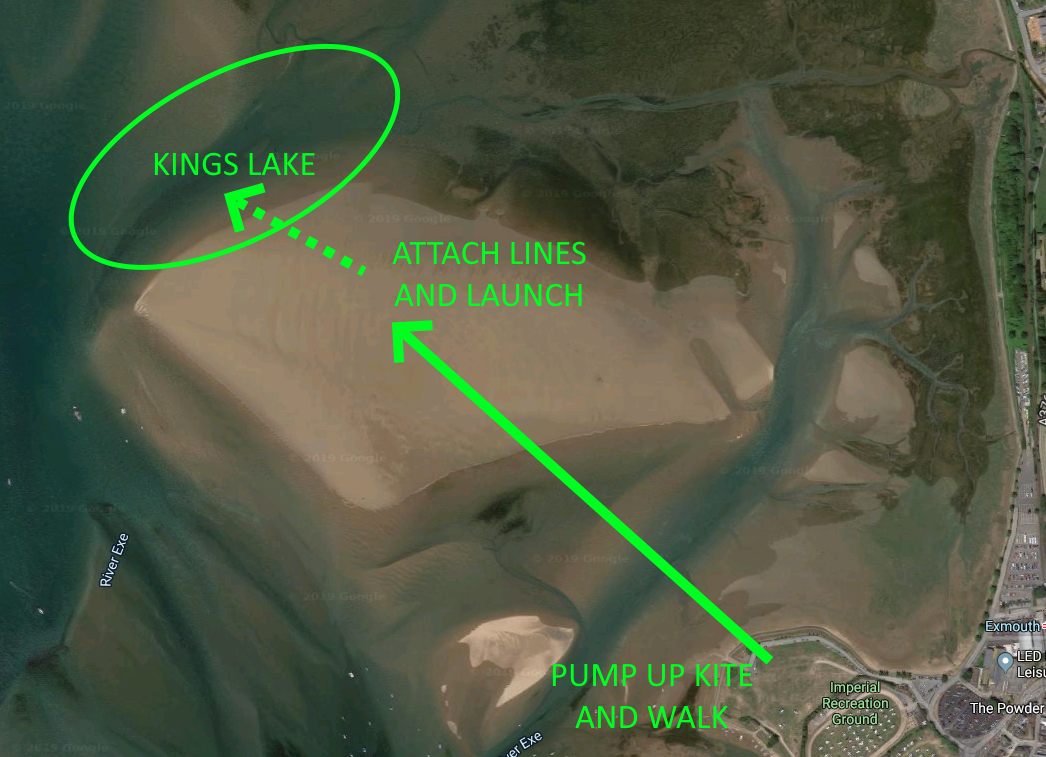 From Eric at Edge Watersports